And she gave birth to her firstborn son and wrapped him in bands of cloth, and laid him in a manger, because there was no room for them in the inn.

In the Christmas story, we are made acutely aware that there was no room for Joseph and Mary to rest when they arrived in Bethlehem, in the more traditional places reserved for hospitality in Jewish culture. This meant they had to use other spaces which were available.

Jesus’ birth changed everything and made room for us in God’s Kingdom. As part of the Methodist Church, we seek to demonstrate our open, inclusive and welcoming nature by saying to all people, ‘There is Room’ for you.

If you would like to look at more resources, please have a look at The Methodist Church Website. 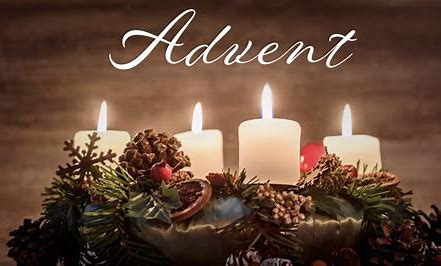 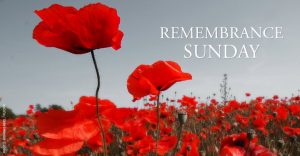 In Flanders fields the poppies blow
Between the crosses, row on row,
That mark our place; and in the sky
The larks, still bravely singing, fly
Scarce heard amid the guns below.
We are the Dead. Short days ago
We lived, felt dawn, saw sunset glow,
Loved, and were loved, and now we lie
In Flanders fields.
Take up our quarrel with the foe:
To you from failing hands we throw
The torch; be yours to hold it high.
If ye break faith with us who die
We shall not sleep, though poppies grow
In Flanders fields.

On Saturday 29th October a coffee morning and crafts was held at Trinity Ecumenical Church Centre. A total of £200 was raised which will go towards our two charities this year which is Assist Trust and an orphanage in Malawi.

Harvest 2022– food from around the world.

There was tiramisu; blinis; quiche; stuffed fig leaves; pavlova; Hawaiian chicken; pineapple. From Malawi, m’sima, like a thick porridge; nyemba or mbwanda , kidney beans in juice; and therere, okra and pumpkin leaves. From Zimbabwe, hard chicken which is cooked for many hours until soft and bones are eaten as well; rice with peanut butter as this is a source of protein and used in numerous dishes. All was enjoyed, as seen from the photo! It also offered an appreciation of our abundance and the little that is available in other countries. Harvest gifts were collected for Foodbank, which we support and is needed more than ever.
All good gifts around us are sent from heaven above,
Then thank the Lord, oh thank the Lord, for all his love. 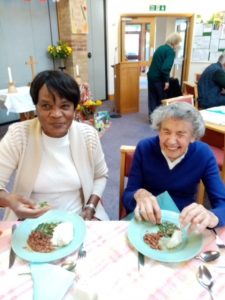 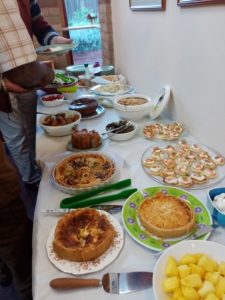 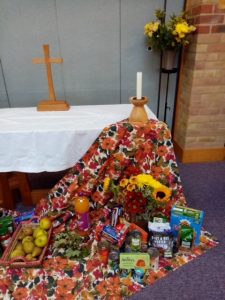 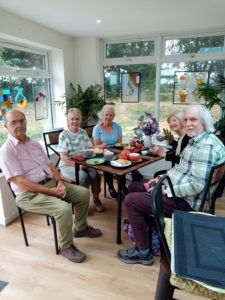 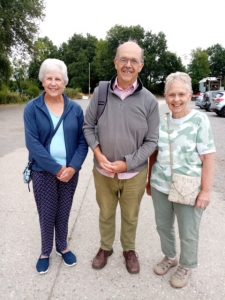 Five go on an adventure!

What fun, we said as we set off into the unknown— where would this exciting trail take us ?! What strange creatures would we meet? !  Oh, look, a badger sett— must tick that off in our ISpy book. We walked and walked, not a building in sight, would we be able to find our way back — should we leave a trail of crumbs to follow later? Then yippee! Civilization!  Food and shelter and friendly faces. We tucked into cake and ginger beer before setting off again on our adventure.
Jeremy kept our spirits up with tales of long ago and Peter helped us to spot iron mile markers with intricate carving. Fortunately no trains came along that day as we studied the flora and fauna— rosebay willow herb and buddleia were recognized and ticked off in our nature book. Jolly good fun and helped us to cover the miles as we returned, weary but happy to have raised money for our church charities. Where will our next adventure take us?!
Peter, Pam, Jacky, Jeremy and Jean— no Timmy the dog. 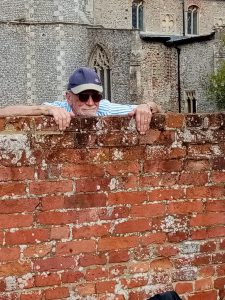 Some of the members from Trinity Ecumenical Church Centre went to Heydon for a walk around the estate then had tea and cake from the coffee shop.  The above picture shows Alan trying to find his tea and cake.

The President and Vice-President of the Methodist Conference have made the following statement in response to the announcement of the death of Her Majesty, Queen Elizabeth II.

“It was with profound sadness that we learned of the death of Her Majesty the Queen today 8th September. We join the nation in grief and thank God for her long and distinguished reign. The loyalty to, and love expressed, for Queen Elizabeth across the world is a testament to the life that she led, one marked by dedicated service to others. She provided encouragement and reassurance to a world living through uncertain times.

“For people of all ages the Queen has provided constancy, a calm and wise influence at all levels of society. Our nation, the Commonwealth and the world have been greatly blessed by her life and work.

“We give thanks to God that her duty as monarch was grounded in a deep faith in Jesus Christ, which has been an inspiration to countless people throughout her reign. Her dedication, commitment and service to her people will never be forgotten and will sustain all those who mourn in the coming weeks. Our prayers are for her family who have lost a mother, grandmother, great-grandmother and aunt and we pray that all may be inspired by her service and guided by her example.

“The prayers of the Methodist people are also offered for His Majesty the King in his new role.”

The Revd Graham Thompson and Anthony Boateng, President and Vice-President of the Methodist Conference

A prayer on the death of Her Majesty the Queen

Creator God,
We give thanks for the life of Her Most Gracious Majesty, Queen Elizabeth II.
We honour her life of service built on a firm foundation of faith and an exemplary commitment to duty.
Comfort those who mourn and bring peace to those in distress.
We offer our prayer in the name of Jesus Christ our Saviour.
Amen.

A very warm Saturday heralded our coffee and chat morning ,with stalls and raffle on hand to encourage folk to spend their money for our charities— Assist Trust and an orphanage in Malawi. A big thanks to all those who came along as £210 was raised.
Books, jigsaws, jewellery, scarves , bags and cakes in abundance tempted our visitors. It is wonderful to be able to open up to friends and community after the past two years. Look out for our Christmas coffee morning at the end of October!

And 50 luxurious and tasty high teas

With laden tables which lit up your eyes

And a cake which demanded a culinary prize

When we had completed all the afters

The singing really shook the rafters

After “Congratulations” and “Sweet Caroline”

Our National Anthem was divine.

And so, we bless our Gracious Queen

She kept her promise of service keen

What more can we ask of this dear lady

Today we joined Alan in celebrating his 80th Birthday.  Penny made a lovely cake and Spike composed a poem for the occasion that Penny managed to reproduced onto the cake.  So that you don’t have to try and read it, it is below.